2021 marks WaterStone Bank’s 100th Anniversary! We have plenty of exciting things planned for this year. Visit this webpage often to stay up-to-date on our celebration this year. 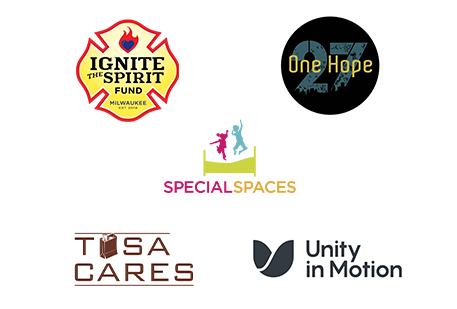 Due to the large number of compelling nominations received, WaterStone Bank awarded 10 “honorable mention” donations of $1,000 to the following organizations: 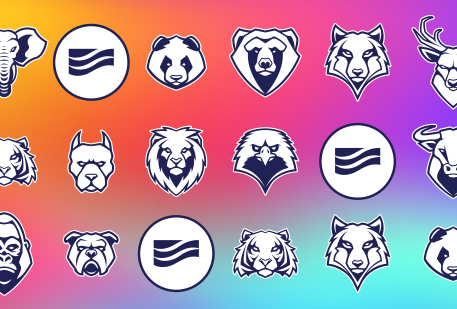 As we celebrate our 100th Anniversary this year, the time has come to “refresh” our mascot, and we want your help! Be a part of our proud history and share your creativity by helping us create a new mascot.

Starting Thursday, May 6 until Friday, June 4, submit your ideas for a new WaterStone Bank mascot. The first 100 entrants to submit their idea will receive an artistic gift from WaterStone Bank up to a $15 value! And, if your mascot idea is chosen, you will win a $500 WaterStone Bank gift card.

Submissions must be returned to WaterStone Bank or postmarked by Friday, June 4. You can return your submission to us via one of the following ways:

Questions? Reach out to us at marketing@wsbonline.com.

Have you heard any of our radio commercials this year?

Perhaps you noticed that our jingle sounded different. In honor of our 100th Anniversary celebration, some of our longest employed employees and customers recorded a few new versions of our jingle, “WaterStone Bank, it’s all here for you!” To recognize their outstanding commitment to our bank, we wanted to share their stories with you. Not only are these dedicated employees and customers the new featured singers on our jingle, but they have been with the bank long enough to see quite a lot of change and growth!

Denise is our Legal Services Officer and has been with WaterStone Bank for 33 years. Working at WaterStone Bank was Denise’s second full-time job right out of high school. At the time, her mother worked at a bank and recommended that she apply for a teller position – so she did! Denise started as a Teller at the bank’s Wauwatosa/State Street branch, then worked in Accounting, and then again as a Teller. She was promoted to Head Teller and then Assistant Branch Manager before accepting a position with the bank’s Legal Department. Denise has worked in the Legal Department for the last 20 years and truly enjoys coming to work every day. She also is currently a member of the bank’s Foundation committee.

Denise has been around long enough to see the bank’s name change a few times, experience adjustments in management and meet numerous people, many who are now former employees but still very close friends. Denise got married, had children and went back to school all while working full-time at WaterStone Bank. 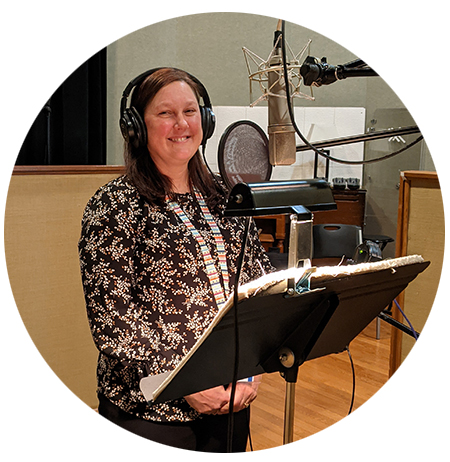 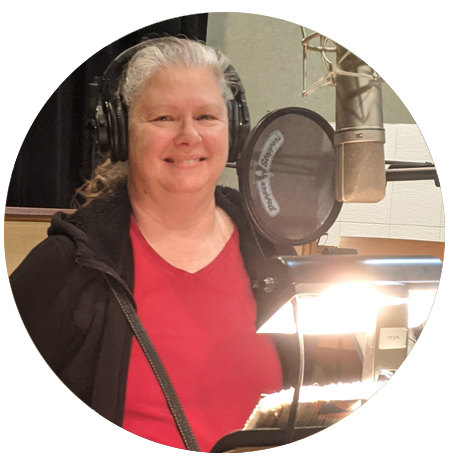 Ellen is our IS Systems Administrator II and has worked at WaterStone Bank for 32 years. In 1988, Ellen applied for a teller job at our Oak Creek/27th Street branch during its grand opening celebration, just a few days after she got married. (Ellen filled out her job application with her married name, but signed using her maiden name!) Ellen was hired and after training, she began working as a Teller. Most of Ellen’s time at the bank was at our Oak Creek/27th Street branch. Until 2000, she served in a variety of positions including New Accounts/Receptionist, Senior New Accounts, IRA Specialist, and Senior Head Teller. She lives about seven blocks from the Oak Creek/27th Street office and often times would walk to work or do chores at home on her lunch hour.

Shortly after, a new department was formed and Ellen became a Deposit Systems Technical Coordinator at our Wauwatosa/State Street branch. From there, Ellen’s career path moved towards Information Systems (IS). Ellen became an IS Reporting Analyst in 2003, which prompted her to move to the bank’s IS department. In 2007 she became the IS Systems Administrator, and as of 2014 has been in her current position of IS Systems Administrator II. During this time, Ellen had two children (a daughter in 1994 and a son in 1995). Having lived in the Oak Creek area and being on the retail side of the bank for so long, Ellen is often recognized by customers out in the community and when she is visiting the branch to do her own banking.

Karen is our Deposit Analyst Systems Administrator and has been an employee of WaterStone Bank for 35 years. Karen began her journey with the bank as a Teller at our Wauwatosa/State St. branch in 1986. Since numbers were her thing, she was eager to apply for a position with the bank’s accounting department when one became available. She was later promoted to Accounting Manager and worked in that area for over 15 years. In 2007, the bank did a restructuring and Karen was added to the bank’s Deposit Operations Department and soon assumed the new role of Deposit Analyst. This later evolved into her current position.

Karen is truly thankful for all of the individuals who provided her with the opportunities to learn and grow professionally. She has witnessed the bank go through many changes that included new core processors and third party systems. Karen says that adapting to those changes with a positive attitude is the key to success! 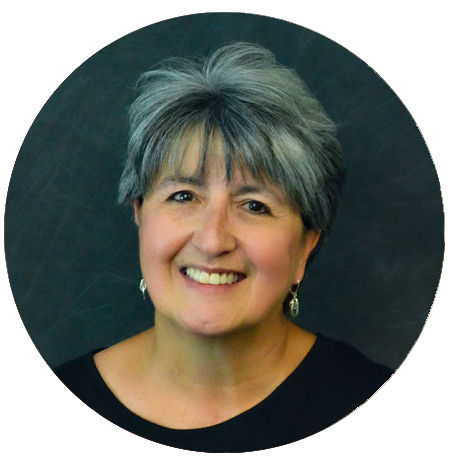 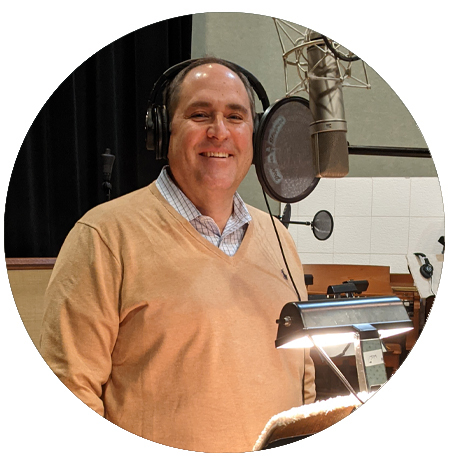 Ken currently serves on the bank’s Foundation committee. During his early years at the bank, Ken went to night school and earned his degree in banking and financial management. During his time with WSB, he got married (1990) and had three children – in 1995, 1998 and 2001.

Alissa Weber is the Executive Director of the Wauwatosa Historical Society, and is the featured singer on one of our new jingles. In her free time, she is a proud Wauwatosa mom of two and a vocalist for the J. Ryan Trio & Milwaukee Blues Rock Collective. All of J. Ryan Trio’s proceeds are given to local charities. Alissa was honored to be a part of WaterStone Bank’s new jingle!

The Wauwatosa Historical Society (WHS) has been a customer of WaterStone Bank since 1981. The organization supports, encourages and provides historical education and preservation for the Wauwatosa community. WHS is a nonprofit educational organization committed to researching the history of Wauwatosa, and to collecting, preserving and exhibiting objects and documents from it’s past.

The society was established in 1977 with 25 charter members. The WHS owns and operates the Kneeland-Walker Museum and Preservation Center at 7406 Hillcrest Drive in Wauwatosa. The Queen Anne house was built in 1890 and sits on 1.5 acres of land, the largest remaining residential lot in Wauwatosa. The society purchased the buildings and grounds from the estate of Constance Walker in 1987. The property is a designated landmark of Wauwatosa and Milwaukee County and is listed on the National Register of Historic Places.

The Little Red Store has housed and outlived many of the trades that were responsible for Wauwatosa’s earliest commercial history. A survivor of the devastating 1895 fire in the village that destroyed most of the buildings north of the river, the Little Red Store stands alone as the oldest remaining commercial building in the city. The store was named a City of Wauwatosa landmark in 1978, and is operated by the Wauwatosa Historical Society.

The organization’s goal is to continue its mission and continue to host fundraisers supporting the community’s history and future. 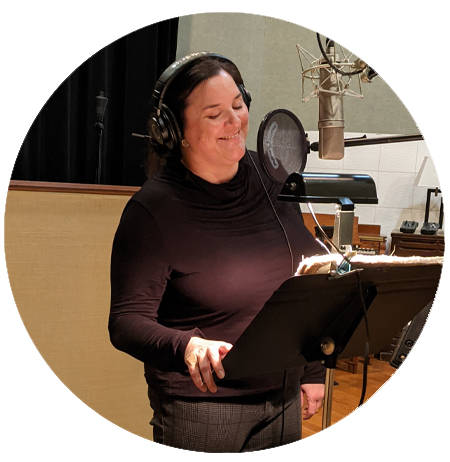 The History of WaterStone Bank

Since 1921, we’ve been serving the local community as a financial institution known for its tradition of stability and community involvement. Click here to learn about the history of WaterStone Bank.

Stay informed with what's happening at WSB and in your community.